The United States EB-5 visa, employment-based fifth preference category or EB-5 Immigrant Investor Visa Program, was created in 1990 by the Immigration Act of 1990. Under this program, investors (and their spouses and unmarried children under 21) are eligible to apply for a Green Card (permanent residence) if they:

This program had lapsed on June 30, 2021. Since then, nearly 80,000 investors (the majority of them from China, followed by India), had been caught in limbo as the processing of their green card applications had come to a standstill. They faced an uncertain future and had feared the loss of their investment money.

After months of debate and uncertainty, the U.S. Congress has passed the “EB-5 Reform and Integrity Act of 2022” as part of the overall U.S. Omnibus Spending Bill. The EB-5 Reauthorization extends the EB-5 Regional Center program through September 30, 2027, with significant changes that will impact existing and future investors. Most notably, the minimum EB-5 investment amount would increase to $800,000 from the current $500,000 for Targeted Employment Areas and Rural Areas and $1.05M from the current $1M for Non-Targeted Employment Areas for both regional center and direct EB-5 investments.

In the past, the program had to be renewed every year – this has been changed to 5 years. Beginning 1st January 2027, and every five years thereafter, the investment limits will be hiked.

The EB-5 Reform and Integrity Act, 2022, also allocates a portion of the EB-5 immigrant visa quota to investments in rural areas, high unemployment areas, and infrastructure projects. Projects approved for EB-5 funding would need to comply with more vetting and reporting requirements. The bill also gives the Department of Homeland Security more purview to ensure that the money foreign investors are putting into U.S. projects is ethically sourced. The situation in Ukraine is dire, with violence between government forces and rebel groups escalating by the day. This has resulted in…
By michaelkhannaMarch 4, 2022

As the world watches in horror the violence in Ukraine continues, a lesser known story is playing out for thousands of Indian…
By Priyadarshini RajendranMarch 1, 2022 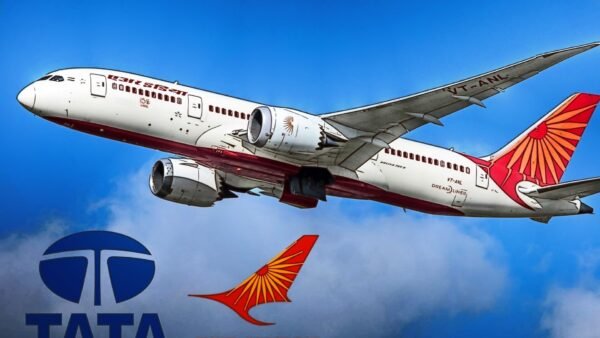 The Tata group has announced that it has acquired Air India, effective January 28th, 2022. The move is seen as a strategic…
By michaelkhannaJanuary 30, 2022